My tickets to Europe have arrived. So that's it I'm going. I don't leave until August next year so have plenty of time to think about it and to finish qualifying for the PBP cycle event. 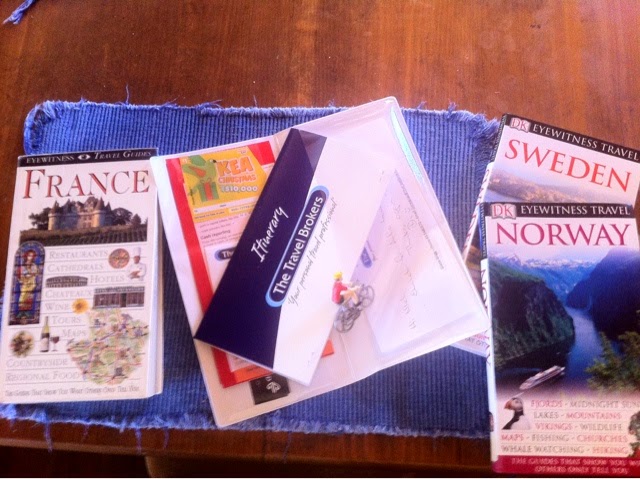 I have done the 400km pre qualifier and the 200km and 300km qualifier. But still need the 400 and 600km under my belt. The reality of the situation is that I live for cycle touring and whether or not I get into the PBP has no influence on whether I go to Europe. My tickets in effect can't be cancelled anyway.

As I look at the ticket dates I can see that I will be kicking around in or about Paris for three or four days waiting for the event to start. That's time that I could be cycling towards Northern Norway if I wasn't entered. But the PBP only happens every 4 years so want to make the effort to be part of it.

I'm still very conscious of cycling within the Arctic Circle in autumn so want to get started North as soon as possible.

Last week I tried to organise a long distance ride of 300 km but ended up as a no show! It was just as well that nobody else bothered to turn up either or things could have been embarrassing. I dragged my arse out of bed in the end and rode my 250km loop telling myself that all was well and that I had better turn up for the 400km ride that I've put on the program next month. I not only need that ride for a qualifier but I'm also pretty sure that some other Audaxers will also turn up for it. 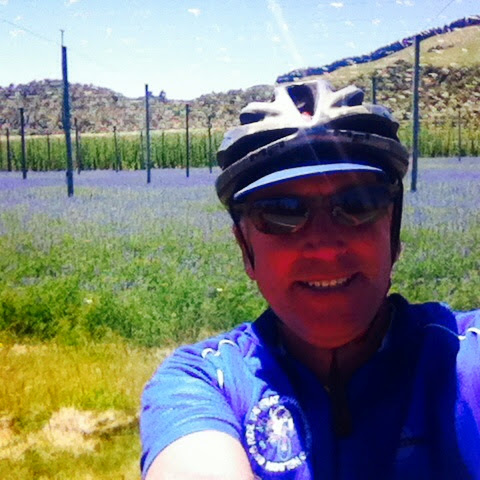 The Christmas frenzy is slowly winding up out there. I can hear the busy little bees zooming up and down along the road beyond our gate. Trying to find another gift to stuff in little Sarah's bulging sack and of course other things that they won't wait for the day for. Of course out on the roads the usual dim wit truck drivers and everyday autonom's continue to practice there selfish driving habits but with the added excuse that they are busy and stressed at this time of year so any smaller road user in their way just shouldn't exist.

My thoughts on that are that it's time for petrol and vehicle registration to go up again as there is clearly to many of them now on the road getting in the cyclist's way. Inconceivable as  it may seem, the price of petrol has just dropped again for the summer season! Encouraging more fat and lazy teenagers to get behind the wheel.

I bought my Xmas present a month ago and have hid it from myself in the garage. Obviously I know what it is and had to have a peek just to make sure that it was all there when it turned up ,but other than that I am prepared to wait for the day before playing with it.

That act of self denial apparently puts me in the more intelligent than average category. Sorry kids, those that can't wait and already have their Xmas gifts are now described in studies as the more mentally challenged in our society. You will grow up to be truckies and pram pushers. 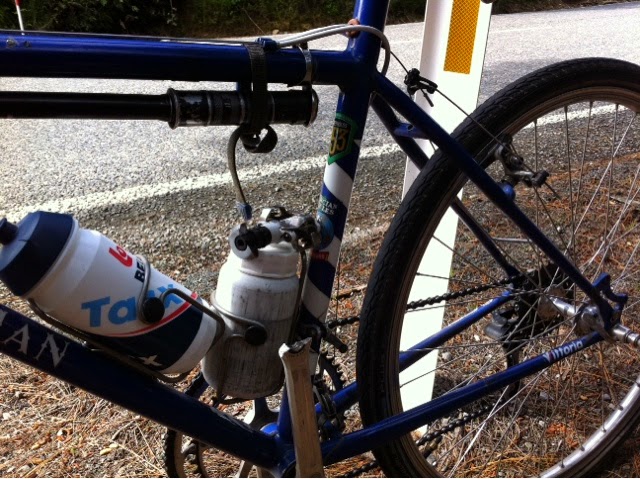 My left crank broke off the other day while out on a recovery ride. It's not every day that a crank breaks and a first time for me. Once I'd picked myself up off the road and  checked that my top tube was unscathed from the whack that my balls gave it I had time to think about the excitement of this rare event happening to me. Almost S exciting as when my front forks broke a few years back. The end result from both these incidents was the same however.... A long walk home. I have to be honest about this and admit that eventually a motorist did stop and offer me a lift the rest of the way home. But it was unsolicited by myself. I wasn't too proud to refuse though.

When I got home and the reality had finally set in that my 30yr old Campag cranks where toast I was much saddened and apprehensive about how to juggle finances in such away as to afford another set. Vintage Campag on EBay is an exorbitant price. I thought I'd try a long shot and put the word out locally first. 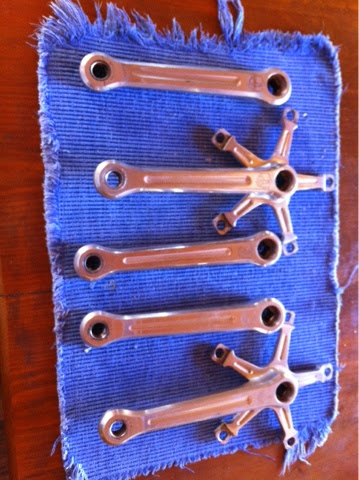 Jim, a local cyclocross man had not one but a pair of cranksets that he agreed to sell for a fare price. A meeting was arranged and the deal done. In less than three days the Mercian was fully operational again and I have a spare crankset and a still undamaged right Hand crank.

And just to show that life doesn't totally revolve around cycling and travel I have included a photo of the new mini feijoa orchard I hope will be on line in the next year or two. 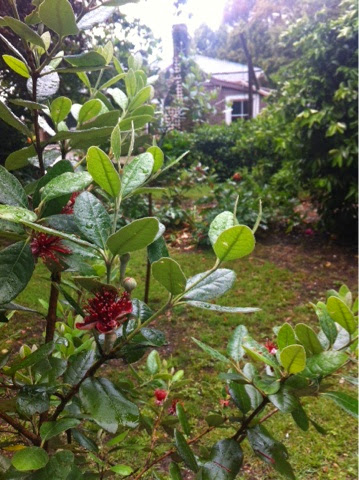 . A sure sign of Xmas in our parts is the flowering of these little devils. And the fruit is available from the gate everywhere in late Autumn. Once the grapes are finished and that's left around here are kiwi fruit and feijoas. I need to have a bit of that action. 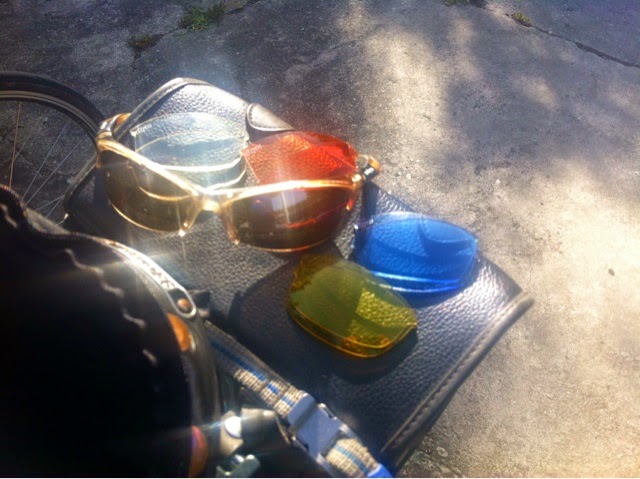 Summers here and the darkest lens are now required in the riding glasses. In case you're wondering, no all these lens didn't come with the glasses. But old lens are often easy to adjust with a file to fit other frames. Variety is the spice of life.
Posted by Niel at 16:18 No comments: