It's early winter now. The temperature has dropped and I'm on my own rattling around the house with a couple of attention seeking cats that require constant pats and pick ups. Thank you Adi for that. I have however managed to re educate them on what they like in the way of cat food from the supermarket.  They now know that they must like anything, as what comes home in the bike trailer is 14 cans of whatever my hand grabs first. They have also found themselves locked in once the clock strikes midnight. When I am in bed I have decided, I will not tolerate cats coming in with mice and or dirty feet, only to then jump up onto the duvet and then unload nature's bounty. 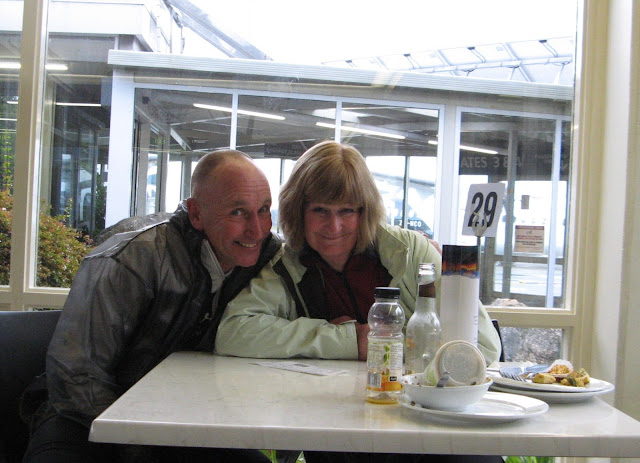 Adi has been riding 200 km days on the TransAm cycle race. That has been an awesome achievement day after day while carrying a load. But it hasn't been without a cost. She has been suffering saddle sores and other physical problems recently and yesterday decided that enough was enough and pulled out of the event. There were only two women game enough to compete this year and both pulled out on the same day. A real shame considering all the effort and expense involved in getting to the start line. I can't help but think that if they had ridden together from the start that they both would have lasted longer. But then I'm a real loner on the bike myself so don't know what makes me think that.
Adi's attempt has however galvanised my feelings on the TransAm.  Initially I wasn't interested in entering it because I'm not that competitively minded and also felt that I had seen enough of the US recently. But once she had left NZ  and was meeting and greeting the other contestants, I realised that I was quite envious of her ,and I also wondered how quickly I could travel across the continent.
So next year I have decided to enter myself. And unusually for me I want to see how quickly I can go.
This decision has also made the dilemma of my Scandinavian trip easier. I was wondering how I was going to get all my gear and bike to Helsinki without paying excess luggage chargers.? Well the answer to me is now clear. I will use my Scandi trip as early training for next year's TransAm and will go as lightly as possible.  I will use my horrible one man tent and leave behind the rear carrier and pannier bags. Everything will have to fit in two low rider bags on the front and a saddle bag behind. Gone is any idea of taking ski pants , balaclava etc.
I'm not totally stupid though. I know that northern Norway will be cold. So I will take thermal gear. But only light compact stuff. And i do want to take a cooker and mug to Scandi because I'll have plenty of time to faff around with it . Prices for everything are high in Norway too so I'll need to cook. I won't however take this stuff on the TransAm.
In a week or two I'll try to get everything in the three bags. I have made a start. 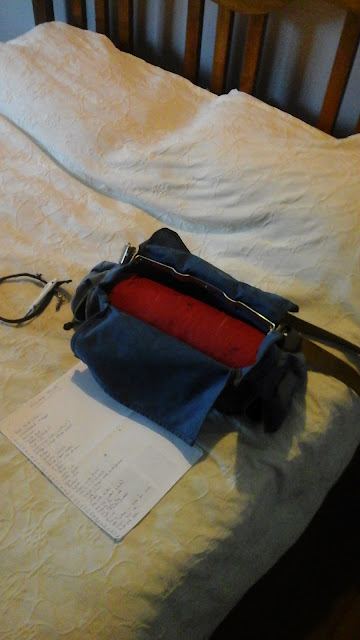 Adi will be back home in a week so I think I might have just enough time for a last on line order. I can't have goodies arriving once she gets back. In the next 4 days I will have to start to get the place ship shape again.  Bike stuff will have to be cleared off the dining room table. Discarded sweetie packets will need to be burnt, recycling will need to go out. My friends tell me a little disorder may be good so that she can say "I see you have had trouble coping without me".

A cold house does create other problems though. The semi soft butter needs to be pre heated before you can spread it on your bread and I tend to stay longer under a hot shower. And when not in the shower I tend to spend more time outside working on the property , sitting on the deck, or out cycling.


While out on one of these so called warm up rides last week I discovered that I had broken my second left hand crank in less than six months. I felt this one coming so managed to sit back down on the saddle and negate any chance of my balls meeting the top tube at warp speed. And since I was only 15 to 20 kms from home I also managed to keep the bike in one piece until I got there by soft pedaling on the left hand side. So now I have no spare left hand campagnolo cranks left. This is an intolerable situation which cannot be left to endure for any great time. So I will have to scour the second hand sites for a spare crank or two,

Vespa Chick has got me a little gift from the US. I reckon it's something from the Adventure Cycling Headquarters in Missoula. ?