Back To Your Maker.

I've decided to send my first Mercian frame back to its maker. Earlier this year I discovered what looked like a Crack in the top of the down tube so had to disassemble the bike and start using my standby Mercian frame. I put the whole idea of replacement on the back burner thinking that I would sort it out once I had completed my tour of Scandinavia this year. But pondering on cycle related things in a moment of quiet at the bike shop recently I thought I'd get the whole thing in the pipeline before I go. I don't like not having a spare frame. I mean what would I do if for some unexplained reason my Mercian 2 was to spit the dummy early next year while I was planning my TransAm attempt ? 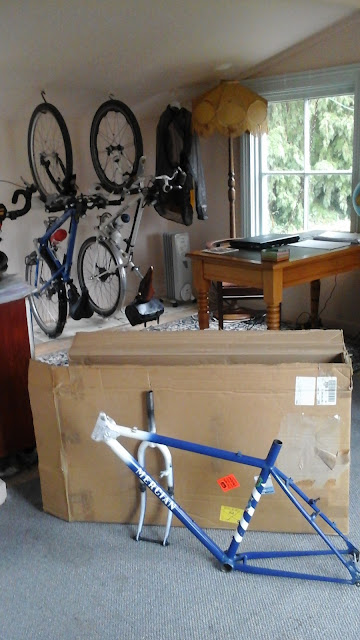 When I get back from Scandi it will be spring here and hopefully I will be concentrating on summer Audax and then training for the ride across the US. My repaired frame will turn up from the UK and all I'll have to worry about is how to pay for it. I'm hoping that I can send it to Mercian in the UK via normal parcel post. It will be no cheaper but it will be a lot less complex than using some freight forwarding company. As tempted as I am to have them repaint it in an exciting new colour,  I think I will replicate the pearl white of Mercian 2 but with different  coloured transfers. The reason being that all the parts will swap across without any nasty clashes and I also won't need to replace my cycling wardrobe either. It would be bad form to be wearing non matching kit. 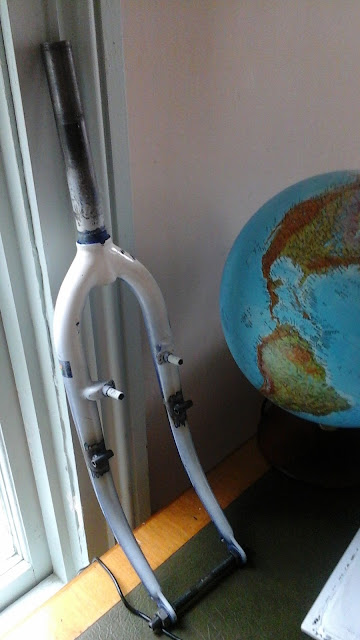 Before the frame gets sent off I had the low rider lugs brazed onto the front forks by Andy my cycle engineer . (Every serious cyclist needs an Andy Engineer).  My current preferred option of light weight cycle touring, and the way I intend to do the TransAm will be using a pair of fork bags and a large saddle bag. In the next few weeks I will be testing whether I can get everything into this format as I pack for Finland.
It's only a few weeks until I catch the plane to Helsinki and the time will go quickly arranging last minute things around here , attending to jobs that Adi can't do around the house such as clearing gutters , sweeping the chimney and making kindling for the fire. It's time again to go into battle against motorists of another culture. I've annoyed the local car lovers enough around here lately. Just the other day I pulled up at the local supermarket bike racks to be confronted with the usual gaggle of market trolleys discarded by lazy motorists who couldn't face the effort involved in replacing them in the trolley bay.The cycle parking area being a more convenient place for them to dump them. Being a somewhat cycling activist and hater of lazy car drivers I took the opportunity to redistribute the shopping carts to empty car parks around and about the mall. Well ! The fury that this evoked in one fat family sitting in their car was beyond the pale! You would have thought that I had banned them from ever consuming another plate of greasy chips in their lives or made them go out and walk the dog each day. They were too lazy to get out of their car and confront me but the language ! It would have made a sensitive God fairing man blush. I just covered Adi's ears and smiled to myself. You are always sure to get a swift and over the top response in life if you challenge the status of the mighty automobile,  the right to reproduce ones -self multiple times, or apparently the connection between the overly inflated Auckland property market and the Chinese. 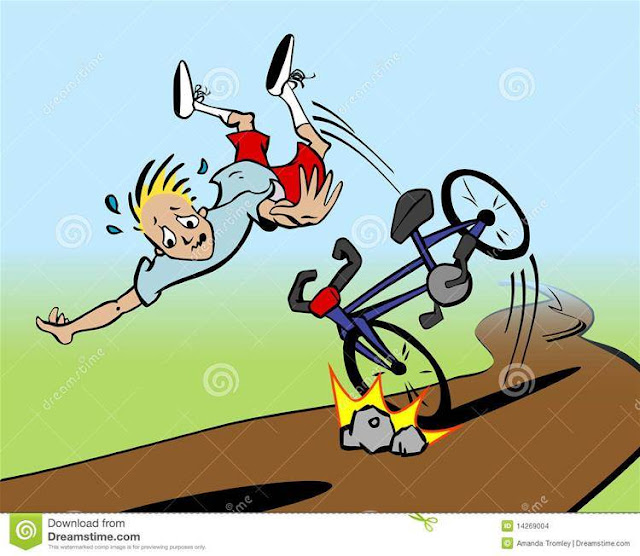 Talking of kids , and the need to make less of them. I was minding my own business while cycling along the cycle way between Richmond and Brightwater the other day and having successfully dodged numerous dogs , owners of dogs and toddlers I came up behind a 'Mother' ( careful, sacred) riding with her adolescent daughter who were both riding on the wrong side of the path. I tell a slight lie here. The Mother was cycling on the wrong side but the daughter behind was cycling in front of me on one side and then the other. Clearly confused as to which was preferable because her Mother had never taken the time to instruct her.
When the daughter seemed to have settled on her proffered side I started to overtake on the other from behind. Well, you guessed it . No sooner was I along side the said adolescent did she then choose to change sides again and ride into me. Luckily I was under power and she hit me in the rear part of my bike. By powering on I was confident that she would hit the deck and I would be spared.  My luck however ran out when upon crashing she threw her full not unsubstantial weight onto the rear of my bike. We both went hard left off the cycle way and down a bank towards the creek below. !!!!!!!
I could have been angry about all this if it wasn't for the fact that I only went part way down the bank and was comparatively unscathed. Whereas adolescent dragged her muddy body up from the creek bed and then had to reassemble her bike all the while looking pouty.
Riding away feeling happy that I had done my bit to help educate the young in cycle way etiquette I only had left to negotiate an apologetic Mother and then a minute or two later their wayward dog. 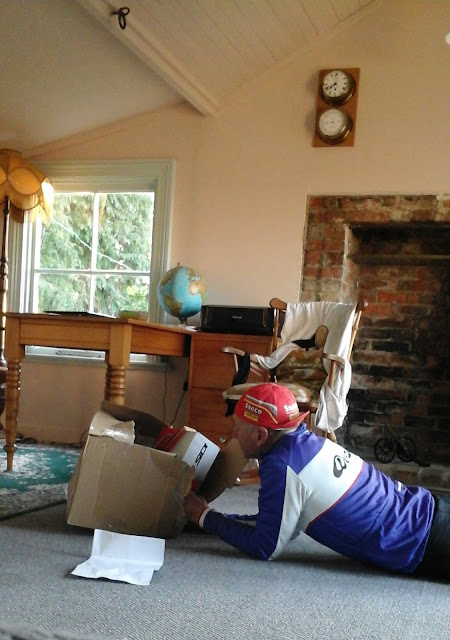 Vespa Chick is back now. But in case you were concerned that she may have got back early and caught me out before my last order could arrive, all's well , it bet her home.
Posted by Niel at 21:58 1 comment: