As I have previously mentioned I'm not the sort of person to actively seek out sponsorship for something that I consider that I should fund for myself. I know this is not the current attitude but my parents brought me up to try to do things for myself.

However entering this event is beginning to enforce on me that there are generous and kind people around me that previously I have to admit I have never really appreciated. Being a bit of a loner I always felt a bit uncomfortable when people praised me for a good result in a bike race or something similar. And I have to admit I was not one to acknowledge other peoples achievements either. When I started working in a bike shop I was surprised when the younger guys took an interest in what I was doing and congratulated me on something. Noticing my own short comings I have tried to encourage others more, but I still have a long way to go.

This fact was brought home to me again yesterday when two friends of mine Karyn Holland and Jane Simmons totally out of the blue offered to make a donation to my funds of enough for me to buy a really good tent! This kindness is even more amazing since although I've known Karyn for a number of years I haven't yet met Karyn's partner Jane.﻿

They have both been following my blog and offering encouragement which is great, because I tell you ,I have been running hot and cold on this adventure for the last few months. I don't know how you can repay spontaneous kindness like this except to try to be a better person yourself and to try not to let the people who have helped you down. I knew early on that if I advertised the fact that I was doing this trip it would make it difficult for me to pull out but I had no idea that people would really want to help me and that they would treat it as more than just a curiosity. And that fact has made me change my view on the race from a relaxed ' take it as it comes and I'll just go home if it gets too hard' to an attitude of more serious competition where I owe it to everyone that has helped me to buckle down and do my best.

Jane and Karyn's only request is that I name the tent 'Two Gay Girls'. So be it. And thanks again guys  Taking 'Two Gay Girls' on the trip can only be a good move . Once I've figured the ins and outs she'll keep me warm on cold nights.

I had my first offer of sponsorship today!

This is particularly surprising because I'm really not a sponsorship kind of a person. Firstly because I am not a put it out there kind of a person and secondly because my parents brought me up to be a fairly self sufficient type.

My dad said that I shouldn't expect someone else to help me to do something I could do myself. So whereas people I know are happy to get in a bunch of people to help them paint their roof while they throw on the BBQ. I'm thinking why would anyone want to help me do something I should knuckle down and do myself.

So I can't help thinking that anyone that gets a financed trip around the world by using a sponsors name is ripping off charities.Even if they do contribute something to the charities in the end. And people that accept sponsorship without fully supporting their sponsors are just spongers.

So Adi and I have decided that we want to do this adventure because none of us are getting any younger and too many people die before they have achieved their goals. It'll cost us a lot but I've learnt that adventure is always money well spent. If we can inspire others to go and live and not just go through the motions that's great.

So my first sponsor: 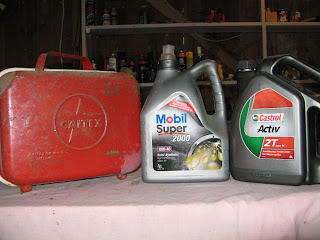 It's not these guys. Wouldn't that be a dilemma being offered sponsorship by an oil company or car manufacturer!

Luckily for me they're all to busy working out how to get richer as the world gets poorer.

No my first sponsor is a genuine cyclist and an adventure cyclist at that. Jim's a customer at the bike shop and kindly came in last week and told me that he would give me free counselling when I get back from my global ride. And he said that if I didn't need it, Adi might well need it. Jim is a Psychotherapist and we have often chatted about riding in Vietnam and Aussie.

Thanks for that Jim. Mark Beaumont in his cycling attempt had his own Nutritionist and Physiotherapist.  I now have a Psychotherapist that I can call on . I have no doubt that the biggest hurdles for me on this race will be mental ones.

As more people wish me luck I feel more nervous about the journey ahead. As the summer approaches one thing is becoming clear. There's no going back!